CafféLatté Magazine's 4 Islands You Can Visit

Would you like to wake up to beige and white sandy beaches, pristine blue-green waters and coconut trees swaying to salty breezes? Imagine lounging in a hammock swaying between two coconut trees. Scan your eyes on the clear blue-green-horizon-that-meets-the-cotton-cloud-blue-gradient-sky as you sip on your favorite drink. What is the first thing you think about as you gaze outside your office cubicle during a most stressful time at work?
This list may include how you can travel to these countries via the Piarco Airport from the country of Trinidad & Tobago where this blog originates from. My main search engine for flight search is Orbitz.com, since they cater to Trinidad & Tobago. Many of the others I found, caters only to travelers coming out of the US or Canada. In addition I may enlist the help of TravelAdvisor.com. The list is also in no particular order. 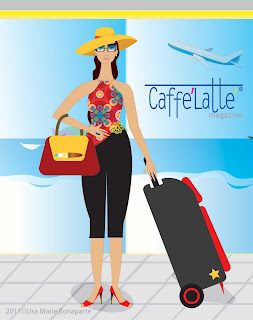 Here is a sample visitor's info:
*Travel date: 1st August 2011 - 15th August 2011 (about 2 weeks)
*One Person
*Flight and Hotel
*Non-Stop flights
*Purpose is nightlife fun, sun and beach, with a few spa moments
*Single young woman, looking for a great vacation at the best prices.
*Must have: a clean comfy bed, room must smell great, non-smoker, not far from airport, tasty food, easy access to public transportation like buses, taxis, etc., shopping is a 6 out of 10, which means not much souvenirs ;-)
Dream no longer, here is the list of CafféLatté Magazine's 4 Islands You Can Visit... 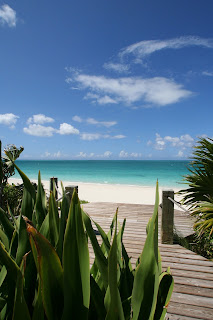 First of all Turks and Caicos Islands have been one of our CARICOM Associate Members since 2nd July 1991. Currently, it is part of the Overseas Territory of the UK, but its currency is USD. Its land area is 948 square kilometers, with a total population of 36,600 people. Their main language is English with a local dialect native to the Island. However, with immigration, Creole and Spanish is also spoken in T&C.

Their main capital city is Cockburn Town, which is on grand Turk Island. Their airport for international travel is Providenciales International Airport.
There are no direct flights to T&C from T&T. Why are there no direct flights from T&T to T&C? Either way, some permission or visa from the US Embassy may be needed to pass through the US.
Flight Airline: Continental Airlines & US Airways
Flight stops departure and return: Port of Spain, Trinidad & Tobago;Newark, NJ; Charlotte, North Carolina; Turks and Caicos
Flight time each way: 6+ hours
Hotel and Distance: Sibonne Beach Hotel, 1.3 miles from airport
Price Package(food excluded): $4,483 USD/$28,242.90 TTD
With food and knick knacks: $2,000 USD/$12,600 TTD
Grand Total: $6,483 USD/$40,842.90 TTD
2. Belize 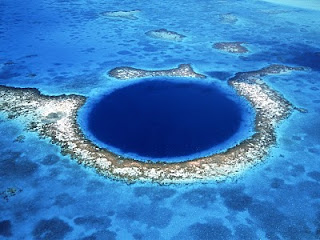 Belize is a full-fledged CARICOM member state. And contrary to the heading, it is not an Island. This country is part of Central America that has very strong ties to the Caribbean, even-though it is next to both Mexico and Guatemala. It has a strong Mayan history and there are some historical sites to see there. It is know for its diverse eco-systems and abundance of marine and land species. It's Caribbean Sea coast is said to be lined with coral reefs, and its Belize Barrier Reef is said to be the second longest in the world and the longest in the Western Hemisphere.

It is 22,806 square kilometers with some really dense forest. The population is about 320,000 people, and their capital is Belmopan (I got Belize City on Orbitz), a city and market district. The Humming Bird Highway is a must-see. On this trip you may want to consider renting a car, since it is a much larger country and if forest is your thing, judging from the pictures, there are hundreds of acres. The currency is the Belize Dollar, however, it may be wise to add Eastern Caribbean and the USD as well.

The Philip Goldson International Airport will welcome you to Belize. The Blue Hole and the Barrier Reef are considered Belize World Heritage Sites.

Car-rentals are a personal decision, personally if I have to rent I prefer face-to-face contact. So, I did not quote any prices here. 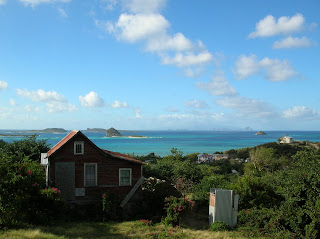 A full-fledged CARICOM member state, that is part of many Trini's family history, starting with the Mighty Sparrow and a few early pioneers. This Spicy Island is north of Trinidad and Tobago, and the name of its capital is St. Georges.

In 2004, Hurricane Ivan almost sent Grenada back to the dark ages, but the people there have been resilient and in no time they have been back in business and encouraging foreign investors.When I went to the trade show at Center of Excellence last year, I got quite a bit of their booklets and products, I even spoke to the folks there and they have been very optimistic about the future.
It is actually one of the Caribbean Islands I would love to retire in instead of spending a vacation there. This beautiful Island that includes Carriacou, Petit Martinique, Ronde Island, and four other small islands, They take up an area measuring 344 square kilometers, with a population of 110, 000.

Turns out Grenada has been booked to capacity in August this year, so I had to settle for a return flight from 3rd August 2011 - 17th August 2011. When you arrive to Grenada, you will arrive at the Point Salines International Airport. The Eastern Caribbean dollar is their main currency. 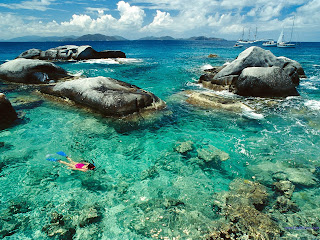 Imagine my surprise to find out that the British Virgin Islands which is composed of Tortola, Virgin Gorda, Anegada and Jost Van Dyke and many smaller islands and cays are an associate part of CARICOM. They seemed so distant, as though they are part of the outside territories of the US, and their currency is the USD. According to caricom.com, the population of the BVI in 2008 is 24,004. These bunch of Islands take up an area measuring 153 square kilometers.
This is where you know you have some real Island hopping. The capital of BVI is Road Town, and you will be arriving at the Terrance B. Lettsome International Airport on Beef Island, Tortola. Business opportunities are seemingly ripe there, being one of the more stable and prosperous Caribbean Islands, and unlike T&T, they are fully dependent on tourism. So that tells me, that their customer service is top notch.
If you are an energizer, you would not mind the Island hopping, but if you are simple and laid-back, and all you want is sand, water, sun and hotel room, there may be some information here for you! I must confess to you, the entire Island is absolutely stunning, I am having a hard time choosing a hotel, so Price, Distance and Reviews will be top priority here. Remember that some of the resorts closer to the airport may bust your wallet, however, it is worth every penny.
Flight Airline: Continental AirlinesFlight stops departure and return: Port of Spain, Trinidad &Tobago; Newark, New Jersey; San Juan, Puerto Rico; Houston, Texas; Tortola, BVIFlight time each way: 10+ hoursHotel and Distance: Long Bay Beach Resort & Villas, 6.7 miles from airportPrice Package (food excluded):  $3,812 USD/$24,015.60 TTDWith food and knick knacks: $3,000 USD/$18,900 TTDGrand Total: $6,812 USD/$42,915.60 TTD
Now, I am leaving room to post some more vacation Islands during the course of the week. The prices are based on actual information, however, some people have cheaper means to vacation and that's great, I believe in paying your way, it may mean more money but less stress.
2011©Lisa Marie Bonaparte
Posted by LMB at 8:45 PM